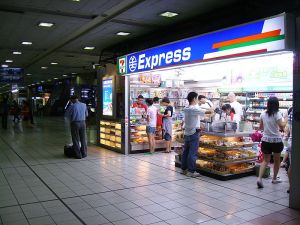 It’s hard to believe that my son, M, has lived in Taiwan for 10 years. When he hopped off the plane in Taipei, M spoke not a word of Mandarin Chinese. In late January, 2005, after he’d been in Taipei for a week, M sent an email home. These are the first three sentences: “OK. So, if you ever wanted to know what it’s like to actually travel to an alien planet and have to learn how to communicate there, this is it! I’m deep under water and swimming to the surface a few hours at a time.”

Being the boy’s mama, my first urge was to hop on a plane, fly west across 10 time zones and rescue my baby. He would have hated that! So I didn’t.

Now, when I spend time with M in Taiwan, like recently for Chinese New Year, he blows my mind with his ability to converse on, or negotiate, or even sing absolutely anything in a language that I love to look at…let’s face it, written Chinese is gorgeous…but am clueless to understand. This poem is a reflection on my potential for mastering Mandarin.

I guess it’s too late to learn Mandarin.

I’m talking about speaking it, maybe

not like a local but, you know, even dogs

get the basics of Mandarin around here,

though they don’t exactly speak it

as far as I know. And then there’s this:

Is it even possible to mold an English speaking

mouth into a 4-tone machine

capable of bargaining down the price

of a kilo of chicken feet at a night market,

or a wind instrument chanting Taoist

or a squawk box barking the mainland

Chinese Anthem at Taipei 101 next to

at the Sogo Zhongxiao

with a pitch sharp enough to shatter jade,

and even if I burned ghost money

in a smoldering brazier til the goats came home

mine would never be a single syllable

kind as a cup of Maokong tea,

still smelling of her danbing breakfast,

shouting something in a convenience store 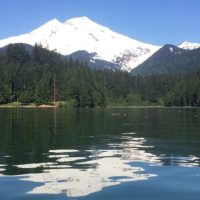