“Cold doth not sting, the pretty birds do sing…”
Thomas Nashe
From “Spring, the Sweet Spring”

You know how it is, you get excited about something and then you can only see through that filter.  Well, that’s how I am about National Poetry Writing Month, lovingly known as

April 1 through 30, poets all over the world will write a poem a day and so will I, muse-willing.  But right now, with barely more than a week to go before taking the plunge on Fool’s Day, I can’t yank my mind off of poetry. Here’s the evidence:

A golden orb explodes across the sky!
Its rays a flickering cosmic chant do sing
Black crows repose on fir bough masts on high!

Whole swarms of squirrels come somersaulting by
Long buried peanut shells they flick and fling
A golden orb explodes across the sky!

A dark gray cloud moves in, but who knows why?
Will Winter not recede, the frigid thing?
A golden orb explodes across the sky!

Oh, surely, Spring, this beast you shall defy
And melt its heart til cranes return on wing!
Black crows repose on fir bough masts on high!

A warm breeze whispers promise like a lie
As lightening knifes through pines and makes them sting
A golden orb explodes across the sky!
Black crows repose on fir bough masts on high!

And then today, as I was walking home from coffee with a delightful memoirist who writes of all things Butte, on the first day of spring, a day of blue sky, a blinding golden orb and, oh my God, what was that? WARMTH? the poetic filter kicked in and I wondered, stopping by a pine pregnant with cones, What do birds know of poems? And, as if questions have power, I looked up and was immediately answered by a fat crow enjoying the solar breath on his back, reciting from his chapbook most of the poems recorded by the Cornell Lab of Ornithology.  Take a listen.

So, the answer is “a lot,” but clearly crows prefer slamming a sizzling rap over whispering a perfectly patterned pantoum, or a clumsy clunking villanelle which, to a crow, is soooooo seventeenth century. And they won’t even bother with Arctic Rhyme-ster Robert Service who once twittered:

Why Do Birds Sing?

Let poets piece prismatic words,
Give me the jewelled joy of birds!

What ecstasy moves them to sing?
Is it the lyric glee of Spring,
The dewy rapture of the rose?
Is it the worship born in those
Who are of Nature’s self a part,
The adoration of the heart?

Is it the mating mood in them
That makes each crystal note a gem?
Oh mocking bird and nightingale,
Oh mavis, lark and robin – hail!
Tell me what perfect passion glows
In your inspired arpeggios?

A thrush is thrilling as I write
Its obligato of delight;
And in its fervour, as in mine,
I fathom tenderness divine,
And pity those of earthy ear
Who cannot hear . . . who cannot hear. 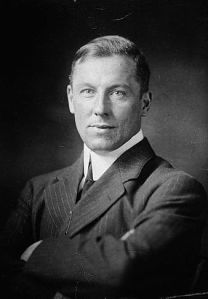 21 thoughts on “In the Name of the Pantoum, and of the Ode, and of the Holy Sonnet. Amen.” 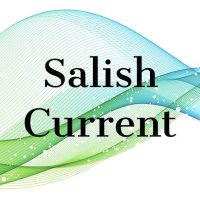